Channing Tatum and Jenna Dewan-Tatum gave their daughter Everly the names of their grandmothers as her middle monikers. 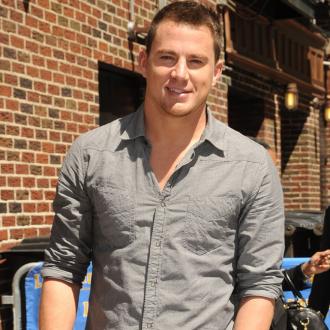 Channing Tatum and Jenna Dewan-Tatum's daughter's middle names are inspired by their grandmothers.

When asked by chat show host David Letterman if his daughter has any middle names, Channing said: ''Two middle names, Elizabeth Maiselle, after both our grandmothers.''

The 'Magic Mike' star - who tied the knot with Jenna in July 2009 - revealed he is enjoying all aspects of fatherhood so far and he even gets excited when he has to change his baby's dirty nappies.

He explained: ''It's crazy, babies, I've never been so excited when they poo. I'm like 'I'm in the game, gimme the baby.' Then it's a whole game to see if I can change her before she cries and give her back to my wife.''

The 33-year-old actor is currently busy shooting his new movie 'Jupiter Ascending' in London, and although his three-week-old baby girl and his wife are with him in the UK, he admits he still misses them while he is on set.

He previously said: ''I'm away from her for 12 to 13 hours (a day) and I feel like I come home and I feel like she's changed - like her face looks different. You feel like every minute that you miss is horrible.''