Channing Tatum revealed if he could have any super power, it would be the ability to make people shed their clothes. 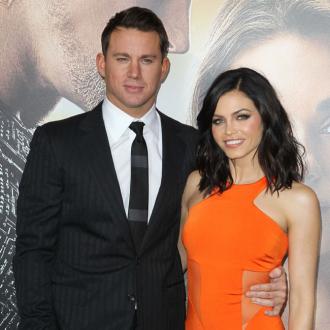 Channing Tatum believes people are ''nice when they get naked''.

The 'Magic Mike' actor admitted his dream superpower would be the ability to rid people of their clothes, because he believes people are much nicer to him while nude.

Replying to a user in a Reddit Q&A who asked what his superpower of choice would be, he revealed: ''I wish that I could make anyone at any point just happen to be naked. Not for the reasons that everyone thinks. Because people get really nice when they get naked. Like okay, I can't be an a*shole. People aren't as*holes when they get naked (for the most part). They are thinking about what they look like. S**tty answer, I tried to do something funny and it didn't work. (sic)''

During the chat, the 35-year-old star also revealed some of his favourite things, when asked what three items he would take if he were deserted on an island, saying he would be keen for his wife Jenna Dewan to be there, along with some whiskey and sandwiches.

He joked: ''How about a magical seashell that's always filled with bourbon. And I would like a magical palm tree that had a lot of shade with instead of coconuts there's just peanut butter jelly sandwiches with cheetos underneath. And my wife that is always happy and possibly naked. (sic)''