Channing Tatum and his 'Magic Mike XXL' co-stars had their body hair groomed to a ''high-level'' for the stripper sequel. 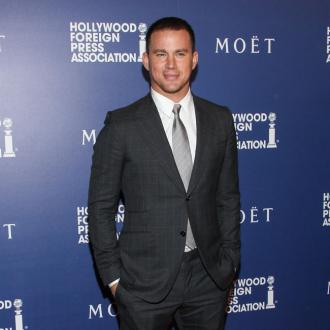 Channing Tatum had his body hair groomed to a ''high level'' for 'Magic Mike XXL'.

The 35-year-old actor didn't want fans witnessing a ''jungle'' around his groin during the scenes where he stripped down to his undergarments, so he and his co-stars took extra care to be smooth-skinned.

He said: ''The grooming is on a high level, because you don't want a jungle down there, overflowing the posing pouch.''

Kevin Nash added: ''For the first film, I bought a body-grooming thing and did it myself.

Meanwhile, Adam Rodriguez - who has daughter Frankie with model Grace Gail - found it tough getting in shape for the stripper sequel.

He said: ''It was definitely harder to get in shape this time. I had just had a baby girl and was enjoying life, so it took a while to get motivated to torture, starve and exhaust myself on a daily basis to get into shape.

''Ten weeks before filming started I thought, 'OK, it's going to take me 10 weeks to get ready' and that's when I started.''

And the cast ditched their strict diet regimes as soon as filming ended.

Adam told Britain's Glamour magazine: ''After my final dance routine, I had a massive cheeseburger, French fries and several pints of beer. And I felt like c**p for the next two days.''

Matt Bomer added: ''After we wrapped, Channing orchestrated a huge buffet after asking everyone what their favourite indulgent food was.

''I think my endorphins went so crazy that I got a little high from the pizza, fried chicken and banana splits.''