Channing Tatum wants daughter to learn about death through film

Channing Tatum has revealed he'd like it if his daughter were able to learn about the sadness of death through film first rather than experience it in real life. 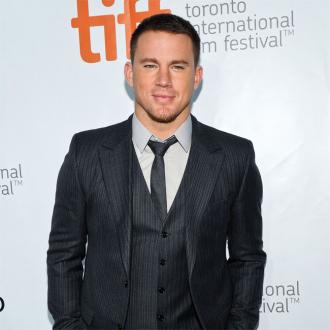 Channing Tatum wants his daughter to learn about death through film.

The 34-year-old actor has confessed he'd like he and wife Jenna Dewan's 16-month-old daughter Everly to learn about the sad part of life through watching films.

Speaking about his role in new animated movie 'The Book of Life', which focuses on the Mexican holiday Day of the Dead, where the lives of family and friends who have passed away are celebrated, he claims he embraced the tradition.

He explained: ''I think it's such a beautiful way of looking at it.

''It doesn't deal with it as death as in they're gone, and that's why it's literally the land of the remembered.''

The 'Magic Mike' hunk went on to admit that he thinks watching the film will be a great way for parents to breach the subject of death with children without having to speak about it.

He told the New York Daily News newspaper: ''I think it's a really safe and beautiful way to talk about it.

''It's going to happen eventually, [so] it's better to learn about it in a beautiful fiction world than in real life first.''