Channing Tatum would play the lead in the upcoming 'Fifty Shades of Grey' film - if his wife Jenna Dewan was his co-star. 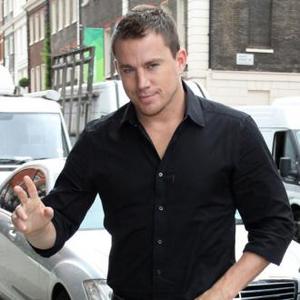 Channing Tatum would play the lead in the upcoming 'Fifty Shades of Grey' film - if his wife was his co-star.

The 'Magic Mike' actor is interested in playing manipulative billionaire Christian Grey - who introduces a young college graduate to the world of bondage and kinky sex - in the upcoming movie adaptation of E.L. James' raunchy novels but only if the steamy scenes were shot with his spouse Jenna Dewan.

Asked if he would be interested in the role, Channing told BANG Showbiz: ''I would do it, but I think my wife would need to play the Ana character because from what I hear there's a lot of crazy stuff in that movie.

''I don't know, we're always down for new experiences, so maybe!''

Fellow Hollywood hunks Ryan Gosling, Chris Pine and Ian Somerhalder are reportedly being lined up for role, but Channing regularly appears on screen in the nude and would be comfortable with the provocative sex scenes.

Speaking at the European premiere of 'Magic Mike' at London's Mayfair Hotel yesterday (10.07.12), he said: ''Yeah, I get naked in a lot of films. It's just one of those things, if it's in The Script and it makes sense then do it. If it doesn't, don't do it.''

The 32-year-old actor plays stripper Michael Lane in his latest comedy which is based on his own experiences, and he insists Jenna didn't mind his raunchy role and skimpy costumes.

When asked about his barely-there costumes, Channing joked: ''I kept everything. She gets The Benefits of them!''