Is Channing Tatum The Sexiest Man Alive? Or Is It Simply Rumor? 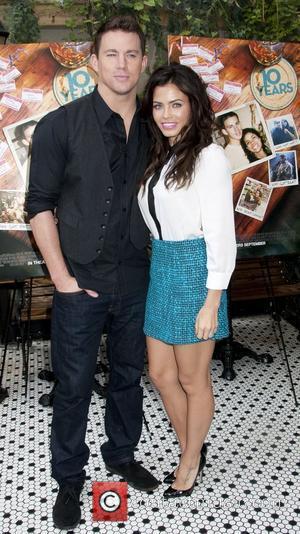 Next week, People magazine will announce who’s won their Sexiest Man Alive title for 2012. Gossipcop.com reported yesterday that they have had the inside scoop on who’s going to win and apparently, it’s none other than Magic Mike star Channing Tatum. People will be unveiling their choice on November 13 but it looks as though the secret’s out and Jenna Dewan’s husband should most likely start preparing his acceptance speech already.

If the rumours are true, Channing will follow in the footsteps of Bradley Cooper and Ryan Reynolds, who have both picked up the award in the last two years. Tatum has been featured in People’s annual Sexiest Man Alive issue before, but he’s never actually won. Still, with two successful films under his belt this year, he’s barely been out of the public eye. Both Magic Mike and 21 Jump Street proved to be a hit at the box office so we’re not at all surprised that Tatum’s in for the honour. People magazine obviously weren’t prepared to confirm the rumours… that would really spoil the surprise now, wouldn’t it? A rep for the magazine said “We never comment on who the Sexiest Man Alive is until the issue is revealed.” Guess we’ll just have to wait until that magazine’s out then, won’t we?

Tatum’s co-star Zach Galifianakis was all in favour of Channing getting the award and told Entertainmentwise, quite succinctly “he’s very sexy.”