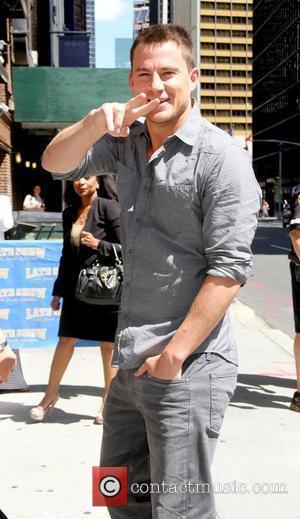 It may seem surprising that a movie about male strippers would become one of the best-reviewed films of the year, but such is the case with Steven Soderbergh's Magic Mike , starring Channing Tatum and Matthew Mcconaughey. Mick LaSalle in the San Francisco Chronicle compares the movie to the best of Howard Hawks and William Wellman. Like them, he writes, "He's not trying to make a few great movies. He's trying to make a whole lot of good movies, in lots of genres, and to make them better than anybody else." As for Magic Mike, he comments, "If it falls short of greatness, it's not by much - and it could end up growing with the years. At the very least, it is exceptional and one of the best and most original pictures to come along in 2012." Sara Stewart in the New York Post describes it this way "It's like The Full Monty except with guys you actually want to see take it all off, or Boogie Nights minus the angst and the body count." Says Peter Howell in the Toronto Star "Think Exotica more than Boogie Nights -- but Soderbergh peels back layers of emotion that make for a far more satisfying experience." Roger Ebert in the Chicago Sun-Times remarks, "I have a feeling that women will enjoy the film more than men." However, he adds, "Soderbergh and cast tell a realistic, vivid story. You get a feeling of realism and research." Of the major newspaper critics, only one, Kenneth Turan in the Los Angeles Times completely trashes it -- except for the choreography. "The elaborately costumed and choreographed dances [the actors] execute would do credit to The Rockettes," he observes. Bottom line "If filmmaker Soderbergh had paid as much attention to relationship dynamics as he does to dance number mechanics, this film would have gotten closer to living up to the magic in its name."