Rachel McAdams has revealed her 'The Vow' co-star Channing Tatum shocked her by sporting a fake penis on set. 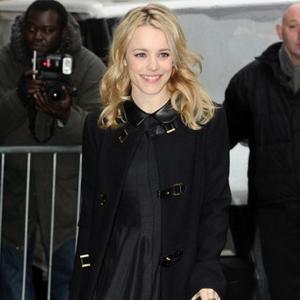 Channing Tatum shocked Rachel McAdams by sporting a fake penis on the set of their latest movie.

The 'Vow' co-stars were shooting a scene where Rachel's character - who has lost her memory - sees her husband, played by Channing, naked and the actor decided to play a practical joke on Rachel by having the props department make a huge prosthetic penis for him to wear.

Rachel told Stella magazine: "Channing got the props department to make a prosthetic member. Literally a fake penis. I didn't know what to do. I thought, 'Is this the real deal?' It was very realistic. It was ridiculous, the scale of it."

While Channing is happily married to actress Jenna Dewan, Rachel, 33 - who lives in Toronto - is currently dating British actor Michael Sheen and admitted they have to make a huge effort to make their long-distance relationship work.

She explained: "Michael and I never spend more than three weeks apart - we rack up a lot of air miles - but you have to be quite adaptable in this business whether you are in a relationship or not. Trying to establish Roots somewhere is a bit of a joke."