Actress Shailene Woodley Is To Receive The Prestigious Trailblazer Award At The Mtv Movie Awards In April (15). 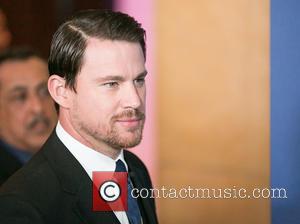 Picture: Channing Tatum - A variety of stars were photographed as they arrived to the 26th Annual GLAAD Media Awards which were held at The Beverly...

The Fault in Our Stars actress will be presented with the honour, which recognises actors who are blazing a distinctive and innovative path for their Hollywood peers, by Miles Teller, who she worked with in The Spectacular Now, Divergent, and Insurgent.

President of MTV, Stephen Friedman, says, "Shailene Woodley is one of the most talented actresses of this generation. Whether baring her soul in emotionally charged roles in The Descendants and The Fault in Our Stars or igniting our imagination in sci-fi blockbusters like Insurgent, Shailene has raised the bar for actresses navigating diverse and challenging roles professionally, while personally remaining down-to-earth and accessible to her fans."