Charli XCX has axed her US tour because she's ''unhappy,'' revealing she has been feeling ''isolated,'' ''restless'' and ''sad'' to not be able to create new music because of her touring schedule. 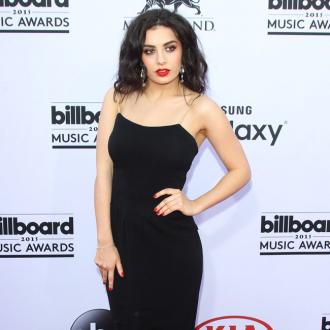 Charli XCX has axed her US tour because she's ''unhappy''.

The 'Boom Clap' hitmaker recently completed the first leg of her US tour with indie pop band Bleachers, but has decided to cancel the remaining 13 tour dates because she has a ''need to be creative'' and has felt unfulfilled while performing.

In a statement, she said: ''I have some bad news. Regrettably I will not be continuing my spot on the ''Charli and Jack Do America Tour'' this coming autumn. For personal reasons I will not be able to continue this tour. These personal reasons include the fact that I need to be creative. Artists tour for a really really long time and I have been on the road for a while now, probably not as long as some, but for me it feels like an eternity. I am struggling to create whilst I'm on the road and that is making me unhappy.''

The 23-year-old star - who released her second major label album 'Sucker' earlier this year - continued to say she feels ''isolated'' when she is unable to write music because of her hectic touring schedule.

She explained: ''As an artist I need to move quickly and write a lot to not feel restless. Sometimes touring really puts me in this isolated world where I feel down and sad but primarily I struggle to multitask and write songs at the same time which is what I need to do to feel OK. I never want to do a show where I just feel like I'm going through the motions. I want to perform and feel alive and like I want to be there and if I force myself to do this, I will not perform a great show for you.''

Charli - who has recently been working on new music with electronic music producer Sophie - added she felt ''terrible'' to have had to make the difficult decision.

Concluding her statement, she said: ''I feel terrible letting you down like this and I really I hope I haven't messed up your plans too much. I've been honest and even though some of you will be understandably angry, I hope you can respect my telling the truth in this matter.''