Charli XCX claims I Love It made life 'awful'

Charli XCX claims 'I Love It' made her life ''awful'' because people wanted her to make similar hits even though she thought the song was ''s**t''. 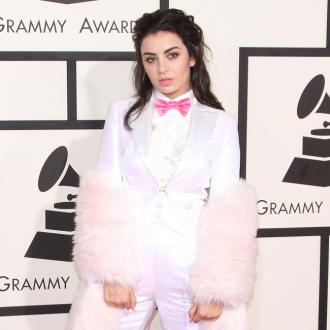 Charli XCX claims 'I Love It' made her life ''awful''.

The 'Doing It' hitmaker penned the chart-topping Icona Pop single back in 2011 but admitted she felt like it haunted her after it was released, because she thought it was ''s**t''.

She recalled: ''I wrote 'I Love It' in a hotel room in half an hour.

''The next day I gave it to my producer and told him I thought it was s**t, so he sent it to the girls in Icona Pop and a week later they recorded it. That's what made the next year so awful.''

The 22-year-old singer released her debut major label album 'True Romance' in 2013 when 'I Love It' topped the UK singles charts, and quickly became fed up with praise for the track because she thought the songs she had included on her record were much better, but weren't appreciated.

She continued: ''I made what I thought was a genius pop album and all anyone wanted to talk about was 'I Love It'. I was so bummed out that I decided I hated pop music.''

And as a result of the song's success, she jetted off to Los Angeles to work with acclaimed pop producer Dr Luke in an attempt to create a similar hit, but hated the experience because she said it felt too manufactured.

Speaking to The Times newspaper, she added: ''After the success of 'I Love It' I was inundated with offers to write 'I Love It' mark II. That led to me going to Dr Luke's house in Los Angeles at 2am, writing in a basement and trying to make a hit. There was a bad vibe, partly because I got pulled into this competitive mentality.''