Charli XCX is done with collaborations

Charli XCX has revealed her new album won't contain any collaborations because she wants to be ''quite selfish'' and focus on herself on the record. 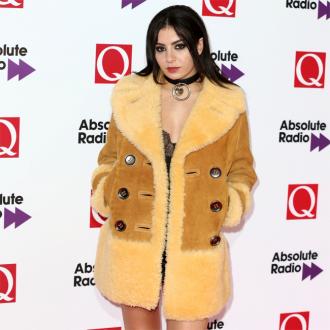 Charli XCX is done with collaborations.

The 'Boom Clap' singer is currently working on her new album - the follow-up to 2014's 'Sucker' - but there won't be any special guests on it because Charli is getting ''selfish'' with her music.

Charli has enjoyed working with artists like Iggy Azalea and Rita Ora but she's ridding herself of her pop pals and going it alone on her new LP.

Speaking to BANG Showbiz at the Q Awards in London on Monday (19.10.15), she revealed: ''I feel like I've done my fair share of collaborations for life now! I'm going to take some time for myself.

''Maybe I will do another collaboration in the future but right now I want to be quite selfish and work on my own.''

Charli admits the early studio session are going well and has revealed the record will contain lots of big pop songs.

She said: ''I'm not giving too much away yet, it's still at the ideas stage but it's going very well, it's very pop. I was really struggling on tour so I'm really happy to be back in the studio being creative.''

Charli caused a stir when she walked the red carpet at the star-studded event in a sheep skin coat covering her racy silk dress and claimed she wasn't wearing a bra as a feminist statement.

When asked if she was a feminist, the 23-year-old brunette beauty exclaimed: ''Yes! And I'm not wearing a bra today!''

Charli XCX: The music industry is catching up with me