Charli XCX was surprised Paris Hilton is a fan of her music. 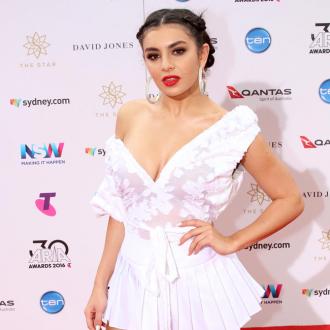 Charli XCX was surprised Paris Hilton is a fan of her music.

The 24-year-old singer has admitted she noticed the former 'The Simple Life' star singing along to her tracks when she was performing tan awards ceremony, and was utterly stunned when she looked out to the crowd to see her enjoying her gig, because she is a ''fan'' of the socialite and loved her song 'Stars Are Blind'.

Speaking to the Daily Star newspaper about the blonde beauty, Charli said: ''I've been really inspired by Paris Hilton, small dogs and a glitter, luxe lifestyle. I've never met Paris before, but we were both at the amFAR Gala during the Cannes Film Festival this year. I was performing and I saw her singing along to my song and I freaked out. I'm such a fan and one of my favourite songs ever is 'Stars Are Blind' - it's pop genius.''

And the brunette beauty has claimed Paris is ''ahead of her time'', which is why she admires the star.

She explained: ''I'm such a Paris Hilton fan. She's very intelligent and one of the first champions of celebrity culture. She was ahead of her time and her 'Stars Are Blind' track is an incredible pop song.''