Charli XCX is planning to write for Rita Ora's new album, expected to be released later this year. 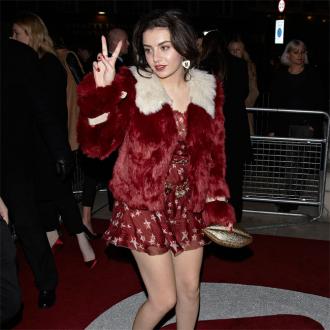 The 23-year-old star enlisted her pal's help for a verse on her single 'Doing It' and she is now planning on repaying the favour by helping Rita, 25, with her second studio album, which is expected to be released later this year.

Asked if they're going to be working together again, Charli explained: ''Yeah we've spoken about a couple of songs. Maybe not me featuring but writing together and that kinda thing. That's really exciting and I think she's going to make a really great record. She's definitely taking time to really put herself into it and make it the best she can.''

Meanwhile, the 'Boom Clap' hitmaker is currently hard at work on her own third studio album while on tour around the US and has promised fans it will be ''really weird'' and out next year.

She said: ''The next stuff will have to be really weird! It's going to be totally different.

''Hopefully it will be released next year, I'm working on it now but really at the beginning stages of vagueness.''

And although she loves entertaining crowds, she does sometimes feel guilty while on the road because it means her diet consists mainly of unhealthy Italian treats.

She told Ticketmaster: ''Home is all over the place now. It's everywhere and nowhere really. The worst thing about touring is probably when you eat pizza every single day. Well that's not actually that bad, I love it but technically it's bad.''