Charli XCX, who wrote the track 'I Love It' for Icona Pop, wants to work on Hilary Duff's comeback album. 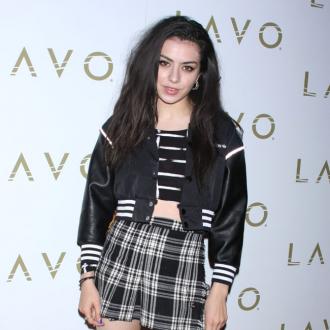 Charli XCX wants to write a song for Hilary Duff.

The 21-year-old singer/songwriter, who is behind Icona Pop's hit 'I Love It', is eager to be involved in Hilary's first album in five years, after she submitted a song for Britney Spears' latest record.

Charli said: ''I want to write a song for someone like Hilary Duff, she's making a comeback and I want to be involved, it would be awesome.

''The Britney song didn't get used but there might be something with Icona Pop's next record and there's a lot of cool things in the pipeline.''

Meanwhile, the 'Stay Away' singer is also focused on recording her own album, the follow-up to last year's 'True Romance', which she promises will be ''aggressive''.

She told BANG Showbiz: ''I've been working on my second record for four months, mainly in Stockholm.

''It's very much punk inspired, it's way less electronic but it's not going to be a massive departure for people who liked my first record. It's still a pop album but it's aggressive. I've been listening to The Hives a lot.

''I've written about 20 songs for it, I feel like I'm eight songs in [recording] but that could all change, I could decide I hate them. I want to have it done by February.''

The singer, who performed at the Meca Festival 2014 in Brazil this month, is worried people won't like the record but is determined to do something different.

She added: ''It's not about me wanting to shock people, but I don't want to be inside a box. I like f***ing things up. I'm making the best music I've ever made, this feels so right and perfect. I feel really alive when I'm in the studio.''