Posted in Press Releases on 26 February 2013 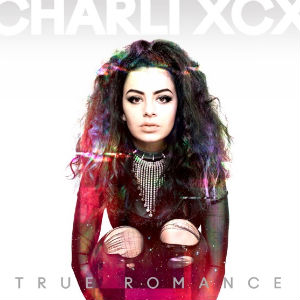 Charli commented, 'I am so happy to have finished my first album, True Romance. For me, it's a very emotional record. I suppose I kind of grew up through the process of making this album and as I've grown my views on love and life have been constantly changing. Each song is about love in some shape or form, whether that be euphoric love, heartbreak or obsession. Every corner of my own romantic history is explored on this record, so for me it's very raw, it's very honest and it's very true. I've written a pop record from the heart, and when people hear it I hope they want to dance and cry at the same time.'

Over the past few years, Charli has released a series of singles and mixtapes, toured the globe supporting the likes of Coldplay, Santigold, Sleigh Bells and Justice and garnered champions from practically every tastemaker blog and magazine on both sides of the Atlantic. She's had 2.5 million views on YouTube, 470k views of new video for 'You (Ha Ha Ha)' (in one month) and over 630k total plays on Soundcloud. It's hard to believe someone so young could achieve so much. Through it all her main focus has always been on making the best possible album she could. This was made possible by working with some fantastic collaborators who helped hone her vision for a dark, emotional pop record including Ariel Reichstadt (Usher, Major Lazer, Solange), Patrik Berger (Lana del Rey, Robyn) as well as hotly tipped blog favourites Blood Diamonds and J£zus Million.

As well as being an artist in her own right, Charli has written and featured on one of the biggest global breakthrough hits of the last year for Icona Pop. 'I Love It' is currently creating an absolute frenzy stateside (featuring on a brand new Dr Pepper ad and also in the hit-TV show Girls) having blown up all over the world; triple Platinum and #3 in Australia, # 1 in New Zealand, #1 in Germany, #4 in Austria, double Platinum and #2 in Sweden and racking up over 10 million YouTube views so far for the official video.

Charli has today confirmed details of three UK shows around the release of her album including London's Old Blue Last on April 17th, Glasgow on April 18th and Manchester on April 19th. She will also be touring with Ellie Goulding across Europe and with Marina and the Diamonds in the States. Charli will also be performing at SxSW music conference in March where she'll grace over 10 bills including: the Perez Hilton party, Gorilla Vs Bear/Hype Machine party, Filter Party etc. She will be a playing a London date around album release so watch this space for details.