Black Mirror: How Britain (And Hollywood) Fell In Love With Charlie Brooker 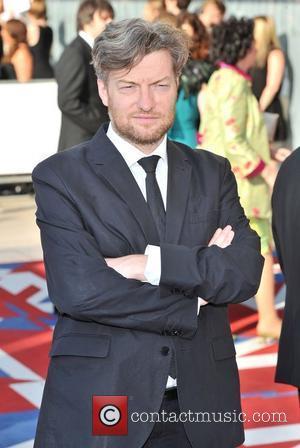 Charlie Brooker's Channel 4 anthology series Black Mirror returned this week, with an altogether more dramatic and engaging season opener. Though praised for its uniqueness, the first installment of the show was dubbed unwatchable by some TV critics, with plot lines exploring the Prime Minister being forced into sexual intercourse with a pig and a talent show descending into pornography. Brooker's show was certainly hard hitting, though he seems to have toned things down for season two, sacrificing some of the surrealism for a more narrative driven approach.

Last night's episode - Be Right Back - was set in a distorted reality future, following young couple Ash (Domhall Gleeson) and Martha (Hayley Atwell). When Ash is killed in a road accident, his girlfriend signs up for a computer program that trawls the internet for Ash's public information and creates a profile representing him, which replies realistically to her messages. The Guardian gave the show a positive review, "This Black Mirror feels less like the usual Brookerian nightmarish video game dystopia, and more like 2019. It's also less satirical and acerbic than some of his previous television; not just a technology-obsessed sarcastic underwhelmist's bleak view of the future," wrote critic Sam Wollaston. The Independent's Neela Debnath picked up on Brooker's ability to intrigue the Twitter generation, "Be Right Back works so well because it has captured the social media zeitgeist. It was a lovely and touching story."

Brooker - a former PC Zone writer - has become a familiar figure on British television in recent years. He won early acclaim for his Screenwipe series, a comedic yet intelligent look at current shows and how television is produced. He went on to create the Newswipe spin-off series as well as hosting 10 O'Clock Live and writing for The Guardian. His five-part horror drama Dead Set was nominated for the 2009 Best Drama Serial at the BAFTAs.

He may well be about to become even more familiar across the pond, with Robert Downey Jr optioning an episode of the first series of Black Mirror, with the aim of producing a science-fiction thriller, according to the Hollywood Reporter. Written by Peep Show scribe Jesse Armstrong, the episode in question - The Entire History of You - centres on a world in which people can replay their memories using grain implant technology. It originally aired on December 11, 2011, starring Toby Kebbell as a jealous husband obsessed with using the technology to uncover evidence that his wife is having an affair. Downey Jr's intended project differs slightly, with a widower using similar technology to reconstruct his relationship with his dead wife.

Watch A Promo For The Black Mirror Episode Optioned By Robert Downey Jr: