Charlie Hunnam says pulling out of '50 Shades of Grey' was ''heartbreaking'' and the ''worst professional experience'' of his life. 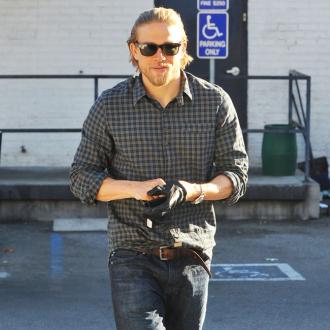 Charlie Hunnam was ''heartbroken'' to pull out of '50 Shades of Grey'.

He said: ''It was the worst professional experience of my life. It was the most emotionally destructive and difficult thing that I've ever had to deal with professionally. It was heartbreaking.

''I really, really pride myself on being a professional and a man of keeping my word. It means a lot to me, truly.''

Charlie admits people thought he was ''crazy'' to walk away from the role - which was subsequently given to Jamie Dornan - but he felt it important to keep his word and stay committed to Guillermo Del Toro's 'Crimson Peak', which he had accepted first.

He told V Man magazine: ''I'd given Guillermo my word, over a year before, that I was going to do this film. People were saying, 'Are you crazy? Guillermo still has got four months to recast, it's the fourth lead, you can go and do this [instead].

The 'Sons of Anarchy' star personally called director Sam Taylor-Johnson when he made his decision and the conversation left them both in tears.

He recalled: ''I called her and we both cried our eyes out on the phone for 20 minutes. I needed to tell her that this was not going to work.''