Fifty Shades of Grey Casting Under Fire: Which Major Stars Rejected The Roles?

Emma Watson, Ryan Gosling and Garrett Hedlund all passed on the movie. 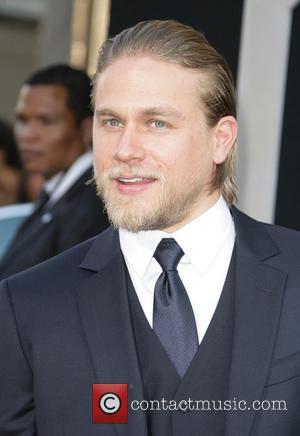 The Fifty Shades of Grey cast, headed by the relatively unknown actors Charlie Hunnam and Dakota Johnson, has come under fire in recent days with fans of E.L James' novel starting a petition to get the decision overturned.

Harry Potter star Emma Watson publicly ruled herself out of the running after being repeatedly linked to the Universal Pictures project.

Following the casting announcement by the book's author EL James this week, Kate Muir, movie critic for The Times, suspected that Hunnam or Johnson were the production team's first choice.

"I think they did try for big stars, and couldn't get them because of the slightly toxic nature of the material," she said.

After months of speculation and rumors, it's almost certain that neither Hunnam or Johnson were top of the list when producer's drew up their targets earlier this year. With the first day of production looming, it wouldn't be a surprise if they were way, way down the list.

According to the Hollywood Reporter, The Descendants actress Shailene Woodley was the first choice of author James, though the movie clashed with her press obligations for new dystopian movie Divergent, which opens March 21.

Alicia Vikander, Imogen Poots and Elizabeth Olsen were also considered for the role, though sources say Johnson was the top choice for director Sam Taylor-Johnson, who joined the project in June.

As for the male lead, Gosling was considered the original prototype for Christian Grey, though was not interested in the project and turned it down immediately. Universal turned its attentions to Garrett Hedlund, but the Tron: Legacy star passed in July because he couldn't connect with the character. The British TV star Christian Cooke was also considered, though producers eventually stumped for Hunnam, who began his career on UK show Byker Grove before heading to America where he landed a role on hit show Sons of Anarchy.

Fifty Shades of Grey is scheduled to hit cinemas on August 1, 2014. The script has been written by Kelly Marcel. Charlie Hunnam Was The Surprise Choice for Christian Grey