Charlie Hunnam Attributes His Rise To Stardom To His Former Father-In-Law, Robert Towne

Rising star Charlie Hunnam has made the jump from British television actor to movie star. According to him, it's not because of what he knows, but who he used to know. 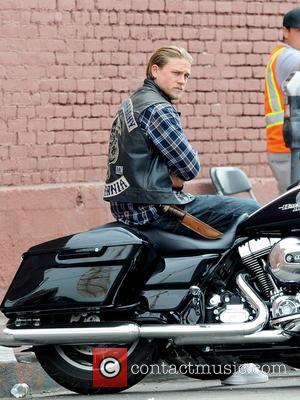 Charlie Hunnam, formerly known for 'Queer As Folk' is set to appear in 'Cold Mountain' in December. But according to the actor, it was his ultimately doomed marriage to Katherine Towne which led to him making his way in Hollywood - mainly because her father is an Oscar-winning screenwriter.

The English-born actor divorced from Towne in 2002 after four years of marriage. He admits that being married to the daughter of the 'Chinatown' and 'Mission Impossible' screenwriter was to driving force behind his transformation from Television actor to movie star. Hunnam explained his relationship with Katherine, saying: "We met at an audition for 'Dawson's Creek' and bonded over our mutual distress at being there in the first place."

He continued to explain: "We were mortified to find ourselves chasing that sort of job. Neither of us got the part, so we needn't have worried. But we fell in love and married in 1999. Her father is like Hollywood royalty, so I have to admit that it did get me noticed."