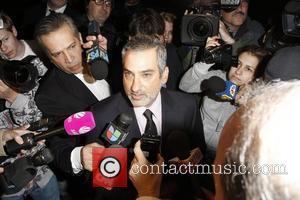 Charlie Sheen, former star of Two and a Half Men and latterly the subject of much tabloid attention, began his 'Torpedoes of Truth: Defeat is Not An Option' tour last night at the Fox Theatre in downtown Detroit.

Arriving late to the performance, Sheen gave what Entertainment Weekly are calling a 'largely incomprehensible' hour and a half lecture. Though the crowd began by giving the actor rapturous applause, they became restless as Sheen gave several nonsensical anecdotes. The show was interspersed with seemingly 'incoherent' pieces of film, including one of the actor playing Call of Duty in his home. As people began to boo, Sheen yelled, "I already got your money, dude!" Entertainment Weekly reported.

Later, further addressing boos and catcalls from the audience, Sheen declared that 'tonight [was] an experiment' adding: "You paid your hard-earned money without knowing what this show was about."

Larry Solters, Sheen's publicist, declined to comment to the BBC following the performance.

The show will continue for another 22 sold-out dates in 20 American and Canadian cities.