Charlie Sheen Ashton Kutcher CBS The Show Must Go On

Charlie Sheen reportedly received a $10 million loan from Warner Brothers during his final season of 'Two and a Half Men'. 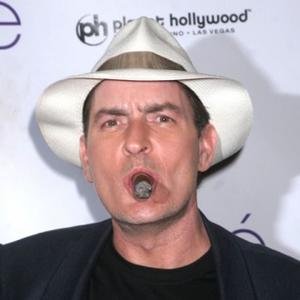 Charlie Sheen allegedly borrowed $10 million from Warner Brothers during his final season of 'Two and a Half Men'.

The troubled star - who was fired from the show last year following a huge bust up with co-creator Chuck Lorre over his hedonistic lifestyle - received the vast loan from show bosses in May 2010 under the condition he would pay it back during the first 13 episodes.

According to gossip website TMZ, the 47-year-old actor - who was receiving over $2 million per show - had $769,230.77 deducted from his first 13 paycheques of the season with the accrued interest taken from his 14th payday.

As Charlie was fired following the 16th episode, it is understood he paid Warner Brothers the entire amount owed including interest.

Last week, Ashton Kutcher was announced to be replacing Charlie Sheen in 'Two and a Half Men'.

The 'Punk'd' star will be joining the sitcom as a new character, and although Charlie initially criticised his casting, he has since congratulated Ashton on his new part.

He wrote on his twitter page: "Winning Congrats to the cast and crew . CBS & WB! My best to @aplusk!! The Show Must Go On . You got the right guy! (sic)"

To which Ashton replied: "2.5 @charliesheen Thank man. Always been a fan, always will be! BTW you were "born big (sic)"