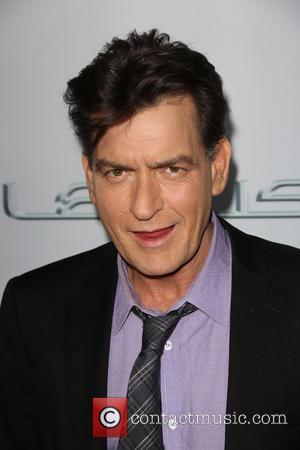 Charlie Sheen is back to his old antics once again.

The 48 year-old was recently caused a scene while at Taco Bel late one the evening.

Sheen was caught on camera by a fellow diner wondering round the fast food restaurant's drive-thru while intoxicated.

The video, uploaded to YouTube on Tuesday (July 15th), went viral Wednesday and was titled: 'So I tried getting taco bell the other night.'

"Jayden, I'm Charlie," the former 'Two and a Half Men' star said to the person filming when introducing himself. "Sorry I am so f--king hammered."

Sheen looked dishevelled as he was wearing a button-downed blue shirt that was stretched by the collar, exposing his Charlie Brown tattoo.

Noticing Jayden's female passenger, the erratic actor said, "Hi sweetie, how are you? What's your name?"

"Are you guys having a fight?" he added, to which Jayden replied "No, we're not fighting."

Sheen seems to be alone during the video, no friends nor security are in sight, but TMZ does point out that his "typically chauffeur-driven Benz" is visible in the background.

Jayden then turns his attention to Gary, a Taco Bel employee he is standing at the service window looking very confused by the whole situation.

No other information on why Sheen was in such a drunken state has come to light as of yet, but someone noticeably missing from his side is his fiancée, Brett Rossi.

More: Jon Cryer, 'Two And A Half Men' Star, To Release "Candid" Memoir

The 'Platoon' actor, who will tie the knot for a third time, proposed to the former adult film star back on this year's Valentine's Day while vacating in Hawaii. But as it seems Sheen hasn't left his old habits behind him, it will be interesting to see what her take is on this most recent incident.

More: 'Two and a Half Men' Ending Next Season - Will Charlie Sheen Be Back?

This latest hilarious act joins a long list of other bizarre moments from this year, which includes starting a Twitter feud with Rihanna, missing several days of filming 'Anger Management' due to unexplained absences, and going on a mission to find the Loch ness monster.

What will he do next?