Charlie Sheen Celebrates As Anger Management' Is Poised For Renewal 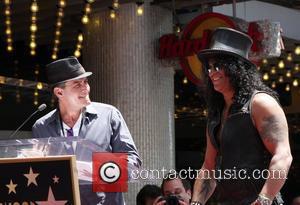 Charlie Sheen is probably jumping for a joy. Just 12 months ago, critics suggested the actor was on his way-out after a very public meltdown which led to his sacking from 'Two and a Half Men' - a role that paid him $1.4 million per episode. The actor's new sitcom 'Anger Management' has reached the necessary ratings requirement and is poised to get a 90-episode pickup from FX.
Production executives told the New York Daily News that the contracts will be signed within a matter of weeks. Sheen's manager Mark Burg said, "Charlie's excited. Everybody is excited, anticipating FX picking up the show, though it's not official yet.Charlie's looking forward to going back to work on this for the next two years.He's enthusiastic and extremely collaborative, and for the first time in the last eight years, he feels like he's a part of the process". The FX show has received mixed reviews from critics, though it's proved popular with viewers and is averaging 3.4 million viewers per episode. The show is loosely based on the 2003 movie with Jack Nicholson and Adam Sandler and see's Sheen play an anger management instructor who uses unconventional methods to help his patients. His manager was understandably bullish over FX's decision, saying, "To all those network execs who passed on hearing our pitch, (I say), 'You should have heard it. You should have bought it". He also took a swipe at Sheen's former producer, saying, "Lionsgate TV and Bruce Helford have done a great job of including Charlie in the production process, something Warner Bros. TV and Chuck Lorre never did".
It has also been confirmed that Sheen's real-life father Martin Sheen will return in a recurring role in 'Anger Management' as his fictional father.