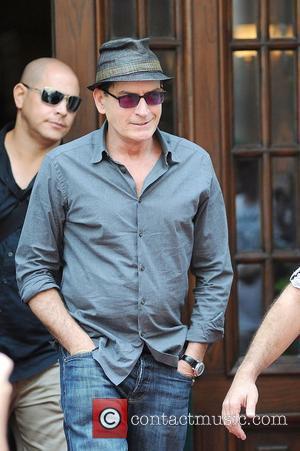 Say what you want about him as a person, but everything on television that Charlie Sheen touches seems to turn to gold. It's been revealed by The Hollywood Reporter that the actor's come back show Anger Management is to be renewed for a further 90 episodes. This is great news for fans of Martin Sheen too, because it was recently reported by several outlets that he'd be appearing more on the show on condition that it did get extended. So get ready for some Sheen and Sheen action!
"We set a very high ratings bar that included some additional hurdles for Anger Management to earn its back-90 order, and the series met and exceed those metrics," said FX Networks executive vice-president Chuck Saftler upon announcing the renewal. "[Showrunner] Bruce Helford has created a sitcom that works extremely well in our pre-10 p.m. programming lineup. Charlie Sheen and the entire cast did an amazing job in the first 10 episodes, which were produced in a very tight window. I have no doubt that the producers and cast will be able to pull off the Herculean task of producing 90 episodes over the next two years." Kudos!
There were doubts about whether Sheen could pull it off, given that in some respects his return hasn't necessarily shown him to be a greatly different person from the man who suffered an infamous meltdown. More fool us though, he truly is back.