The ex-'Two and a Half Men' actor was so impassioned by Williams' suspension that he posted an open letter to Twitter. 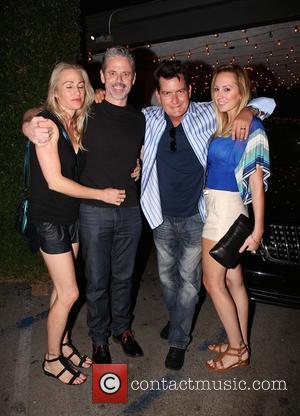 The recent suspension of NBC news anchor Brian Williams has ignited a powder keg of differing opinions. You might consider Charlie Sheen to be one of the less likely public figures to intervene on the debate – but he has, and on Williams’ side. Passionately, to say the least.

TMZ was first to report the bizarre open letter, which was penned by the former ‘Two and a Half Men’ actor and posted to Twitter on Wednesday. He describes Williams as a “victim of a transparent and vile witch hunt” and denounces his bosses at NBC as “cowards”. Earlier this week, Williams was given a six month suspension from his role as lead anchor on NBC’s ‘Nightly News’, for a misleading anecdote in which he claimed to have been on board a U.S. military helicopter when it was shot down in the Iraqi desert in 2003.

Several veterans who were on board have denied that Williams was there, and that he was in fact on board a chopper flying the same mission one hour behind it. Last week, Williams apologised for conflating and misremembering the incidents, but it didn’t lessen the scrutiny on his position.

Dear Mr. Williams, Sorry to bother you during this most surreal, unjust and mercurial moment in your awesome life.

First off, THANK YOU, for 24 years of inimitable professionalism and top shelf brilliance, as a stone cold passion driven and (PERFECTLY) fact based journalist.

Secondly, Thank you “squared” for delivering not only the news on a nightly basis, (PERFECTLY) to myself and my family. But for every other person alive, (with a TV) who relied and still do, on your poetic, insightful and NOBLE sacrifices, that made our longest nights shorter, and our shortest nights safer. You good sir, are a hero in my “Entire Library”.

Lastly; you are clearly the victim of a transparent and vile witch hunt! Erroneously “staged” by hooligans, non coms, cowards and oligarchs, who’s only desperate and hideous goal is to discredit the genius that they relied on for almost 3 decades!

Mr W: respect love hi 5’s and refuge! (if you need it!) I remain humbly and on dangerous standby at your service….