Charlie Sheen doesn't believe in rehab, despite successfully completing a programme of at-home treatment for alcohol and drugs last year. 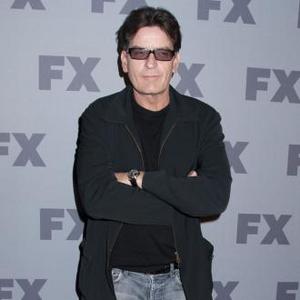 The 'Anger Management' actor had an erratic 2011 - confessing to ''banging seven-gram rocks'' of crack-cocaine - but even though he successfully completed home treatment for substances and alcohol, he said rehab is not for him.

Charlie, who is now drug free but still drinks alcohol, told TV show 'Good Morning America': ''I don't believe in rehab anymore. It's not for me. It's not for everyone. It's not a one-size-fits-all and it didn't fit me.''

Referring to US beer brand Miller, he added: ''We live in a country where it's always Miller Time so what are you going to do? It's happy hour somewhere in the world.''

Charlie does regret some of his outbursts, many of which were personal and directed at certain people, including 'Two and a Half Men' creator Chuck Lorre, and lost him his multi-million dollar job starring in the show.

Charlie's new series, 'Anger Management', sees him portray a therapist, and he drew on his own experience for the show.

He added: ''The key for me would have been the advice I got when I was in anger management myself for a year and that is you can always leave the room.

''It's a crazy character study on some level that will hopefully be valuable in the future.''

Charlie also said he is keen to concentrate on being a better father in future to his five children, daughters Cassandra, 27, from a relationship with Paula Profit; Sam, eight, and Lola, seven, from his marriage to Denise Richards, and three-year-old twin sons Bob and Max with his third wife, Brooke Mueller.