Charlie Sheen is furious that his ex-wife Brooke Mueller has moved out of her sober living facility and into a nearby beach house so her boyfriend can visit her. 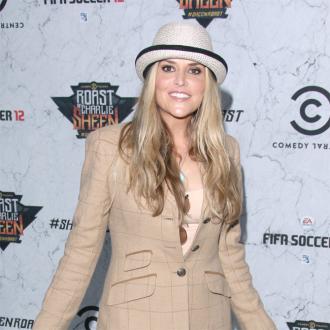 Charlie Sheen is furious that his ex-wife Brooke Mueller has moved out of her female-only sober living facility.

The 35-year-old socialite, who has temporarily lost custody of their four-year-old twin sons, Max and Bob, has rented a new beach house in San Clemente in Orange County, California, so that her boyfriend of one year, Jaron Lowenstein, can visit her.

Brooke, whose sons are currently in Denise Richards' care, originally moved into the plush sober living house in San Juan Capistrano, close to her new residence, after leaving the Betty Ford Clinic because she was unhappy about being made to do chores there, and Charlie is allegedly furious she has moved again.

''Her approach to treatment is very unorthodox to say the least. What is very bothersome is that the facility is allowing Brooke to do this.

The insider indicated that Charlie decided to ask a judge to reduce Brooke's monthly child support payment after he found out she had moved out.