Charlie Sheen: I Can See Ghosts

Charlie Sheen claims he can see dead people that are connected to his friends and have recently passed away. 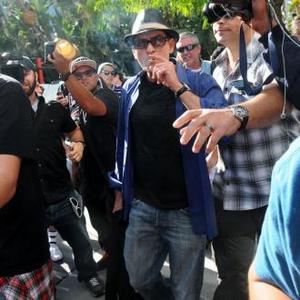 The 'Anger Management' star believes that he has started to see The Ghosts of dearly departed friends during visits to their grieving families.

Charlie revealed that in recent months he has had two eerie encounters that he cannot explain.

He said: ''When my friend (writer) Zalman King died, I went to comfort his widow, Pat. We were making a toast and I saw Zalman, who'd been dead for four hours, dance through the background. It was a trip.''

He continued to tell Playboy magazine: ''Another dear friend of mine, Stephanie, her father died. I was at her house, and he walked past me on the stairwell one day... I know it was him.

''I just accept stuff like that and don't try to figure it out. I saw these people.''

The former 'Two and a Half Men' actor recently claimed he gave Winona Ryder her stage name.

He said he was listening to psychedelic band The Doors with the actress - who's birth surname is Horowitz - when he was inspired to give her a new moniker.

He told US TV show 'Centerstage': ''We were listening to The Doors, to 'Riders on the Storm.'