Two radio show hosts pranked Charlie Sheen by pretending to be Jean Dujardin and offering him a role in the sequel to 'The Artist'. 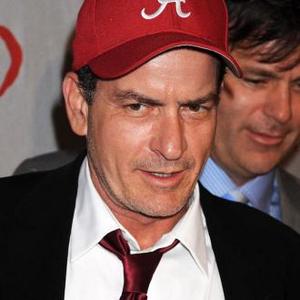 Two radio show hosts pranked Charlie Sheen by offering him a role in the sequel to 'The Artist'.

Montreal-based funnymen the Masked Avengers, Marc-Antoine Audette and Sebastien Trudel, who have their own radio show in Canada, called the 'Anger Management' actor pretending to be Oscar winner Jean Dujardin and asked him to work on a follow up to the hugely successful movie.

Marc-Antoine as Dujardin told Charlie the sequel would be a comedy with all proceeds donated to charity and while Charlie admitted he couldn't understand everything that was being said as the prankster switched between French and English he was enthusiastic about the project.

He said he would travel to France for the film and added: ''Thank you for considering me, that's very sweet.''

Speaking about the prank, Marc-Antoine said: ''We thought, 'Why not take the identity of Jean Dujardin, who just won an Oscar, who is one of the hottest guys in Hollywood right now, and see how Charlie Sheen would react'.''

Sebastien added: ''We realised that when you've just won an Oscar, you can ask for whoever you want and get them. We could have offered him anything and he would have signed on, then and there.''