Charlie Sheen has revealed he spent money on prostitutes because he had ''millions to blow'' and ran out of things to spend his cash on. 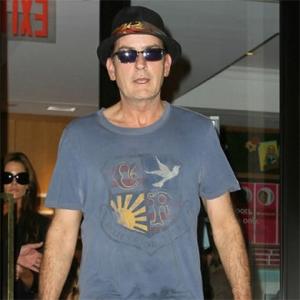 Charlie Sheen spent money on prostitutes because he "ran out of things to buy."

Charlie - who was paid $2 million per episode before he was fired from 'Two and a Half Men' earlier this year - replied: "Because I had millions to blow. I ran out of things to buy."

Charlie also hit out at his former wives Donna Peele, Denise Richards and Brooke Mueller. When asked how many times he had been married, the three-times wed star said "seven thousand. That's why I'm broke" and called Brooke a "kidnapper b***h".

However, he had kind words for his girlfriends, the "goddesses" Natalie Kenly and Rachel Oberlin, saying "They have not disallowed me everything that makes me happy. Period. The end."

Charlie also admitted he would love to return to 'Two and a Half Men' calling co-star Jon Cryer a "rock star".

Although he was booed off stage during the first night of his 'Violent Torpedo of Truth' tour in Detroit on Saturday night (02.04.11), the troubled star redeemed himself in Chicago and left the stage to a standing ovation after making a number of changes to the show, including using a talk show-style format with an unidentified interviewer asking the actor questions.

Rapper Snoop Dogg is set to join Charlie for a few shows during his 20-date tour.