Charlie Sheen has been cast as the US President in 'Machete Kills' by director Robert Rodriguez. 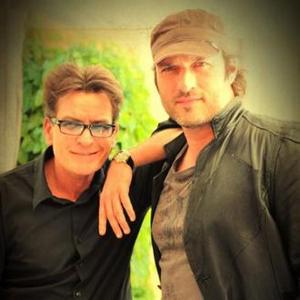 Charlie Sheen has been cast as the US President in 'Machete Kills'.

The film's director Robert Rodriguez has taken to his twitter account to reveal the former 'Two and a Half Men' actor will star alongside Sofia Vergara, Jessica Alba, Zoe Saldana and Michelle Rodriguez in the follow up to 2010 action movie 'Machete', which will see Danny Trejo set to reprise his role of Machete Cortez.

Robert posted a picture of himself and Charlie and tweeted: ''I just cast Charlie Sheen in #machetekills as the President of the United States! Who better? More soon..(sic)''

The former 'Two and a Half Men' star might seek advice from his father Martin Sheen as the 71-year-old star has previously portrayed a number of US presidents including John F. Kennedy in miniseries 'Kennedy - The Presidential Years' and fictional political figure Josiah Bartlet in TV series 'The West Wing'.