Charlie Sheen is stepping up his battle with ex-wife Brooke Mueller over Bob and Max. 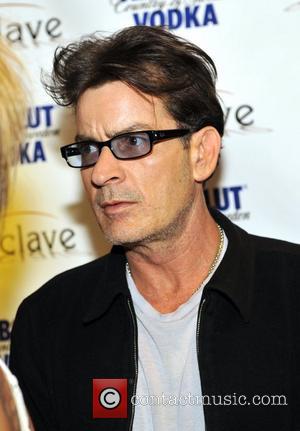 Charlie Sheen has quoted his father's epic movie Apocalypse Now to underscore the anger he's feeling towards ex-wife Brooke Mueller, her alleged treatment of their children Bob and Max and the L.A. County Department of Children and Family Services. Earlier this week, Brooke tried and failed to get a restraining order against Sheen.

Sheen tells TMZ.com he would not be muzzled by a gag order and believes his twins have been grievously damaged by their mother Brooke. He claims the DCFS is blindly protecting her at his kids' expense.

Quoting his father Martin in Francis Ford Coppola's classic war movie, Charlie said: "I am beyond their timid lying morality, therefore I am beyond caring" -- referring to what he considers the tepid actions of DCFS.

"What my family and I are forced to deal with in the last 4 years, lives outside the pale of any acceptable conduct or decency. I am battling an amorphous enemy that needs to be swiftly disempowered."

As first reported by the celebrity website, Mueller's people are gunning for Charlie for violating the gag order and going on TMZ Live to call his ex-wife a "whore" and a terrible parent. To that, he says "There is no force, no human, and no scenario in the known universe that will divert my course, my mission in this life."

The website - historically the first port of call for Sheen to air his views - has also posted pictures of young Bob allegedly before and after a visit to Brooke. The later picture shows a large red mark on his face.

"These crimes against my children will be exposed.  These war criminals will be hanged at dusk to a cheering and jeering crowd, gathered together in love in support of all children who are mercilessly discarded like garbage by CPS. Which by the way stands for 'CAN'T PROTECT SHI*E." added Sheen.

He ends with a foreboding threat: "The storm is brewing.  Their roofs are leaking. I am the Tsunami your mommy warned you about your whole childhood.   All of you renegade deplorable pigs are marked for slaughter."

Bob and Max stayed with their mother last week for the first time since she entered rehabilitation. They have been under the care of Sheen's ex-wife Denise Richards.