Charlie Sheen encouraged the audience at his Cleveland show last night (05.04.11) to chant ''f**k that bitch'' about his ex-wife Denise Richards. 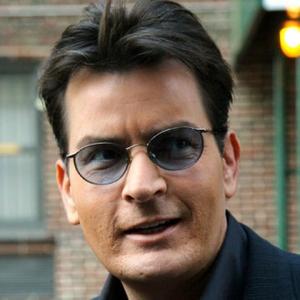 Charlie Sheen led the audience at his Cleveland show in a "f**k that bitch" chant against ex-wife Denise Richards.

Although Denise - who has two daughters, Sam, seven, and Lola, five, with the 'Wild Things' star - has refused to criticise him in public, the pair's relationship has soured with Charlie recently branding her a "traitor", a "vile kidnapper" and a "dog thief".

However, Charlie had kinder words for his father - 'The West Wing' star Martin Sheen, who has repeatedly called for his son to get help for his "illness" - calling him "the coolest guy on the planet".

He said: "How many 'Apocalypse Now' fans are here? Martin Sheen, ever hear of him ... he's the coolest guy on the planet."

The 45-year-old star - who left the stage to a standing ovation - later tweeted about his "epic" night before renting out a local movie theatre for his crew to enjoy a screening of his father's cult film 'Apocalypse Now'.

He wrote: "#fastball Thank you for an epic night an upper deck walk off game winner for all of us!! c (sic)"

Meanwhile, Charlie is hoping to trademark a series of his catchphrases including "TigerBlood", "Defeat is not an option" and "Duh, Winning" with the company Hyro-gliff - which lists its address as the offices of Charlie's attorney Martin Singer - filing paperwork last month.