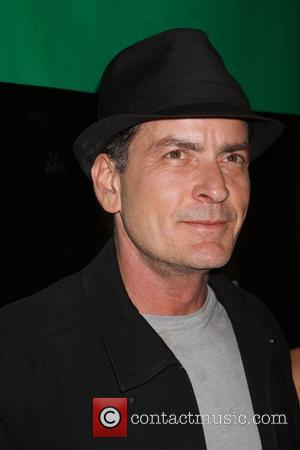 Picture: Charlie Sheen hosts an evening at Chateau Club and Gardens inside the Paris Hotel and Casino Las Vegas, Nevada - 30.04.11