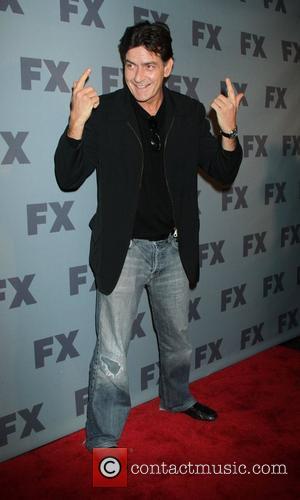 It looks like Charlie Sheen has a big hit on his hands with his new TV comedy - test audiences who have viewed Anger Management love it.
The show, which is based on Adam Sandler and Jack Nicholson's 2003 movie of the same name, was screened for a group of TV fans last week (ends13Apr12) - and, according to Entertainment Weekly, it went down well.
More than 80 per cent of the group gave Sheen high marks for his performance - and his co-stars Brett Butler, Selma Blair and Shawnee Smith also won over the test audience.
Anger Management will premiere in America in June (12). It is Sheen's first TV role since he was fired from Two and a Half Men last year (11) following a public bust-up with producers.