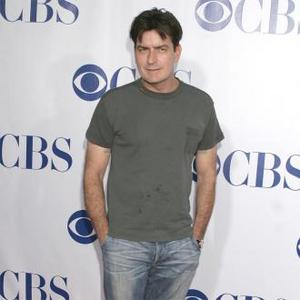 Charlie Sheen is ''genuinely interested'' in joining the judging panel of 'American Idol'.

The 'Anger Management' actor says producer Nigel Lythgoe mentioning him as a possible replacement for recently departed panelists Jennifer Lopez or Steven Tyler piqued his interest and he thinks it makes ''perfect sense'', though he hasn't heard from show bosses since he first expressed his desire to be a judge.

He told 'On Air with Ryan Seacrest': ''It kind of came out of nowhere and I responded with a quote just to sort of check the temperature of it or test the Waters, haven't heard anything back. I guess it got some people curious.

''It seems so out of the blue that it almost made perfect sense. I thought this could be a lot of fun. Seriously...I'm genuinely interested. It's so different, it could be radical.''

Charlie previously told Jay Leno on 'The Tonight Show' that his two demands would be that 'Anger Management' bosses ''would have to be into it'' and there would need to be a donation to charity.

However, for now Charlie is focusing on his new show, his first return to the small screen since he was fired from 'Two And A Half Men'.

He said: ''It's exciting! It's not just coming back on, but to come back on with something that I'm really proud of. It's really exciting to see the response and to see how people are really tuning into this thing and just not being let down. It's a readjustment, because I left a show they were quite fond of and got very familiar with these characters and these stories and then one day it just got shut off, but I'm excited to bring something back. It's so different, you can't even compare the two.''