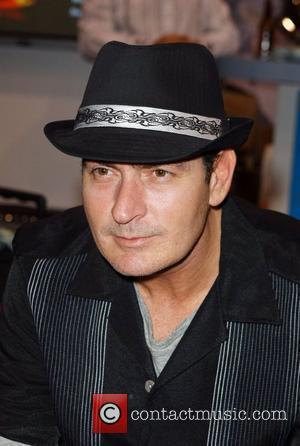 Troubled star Charlie Sheen has checked into a rehabilitation centre, just a day after he was treated in hospital for a hernia.
The Two and a Half Men actor was admitted to Los Angeles' Cedars-Sinai Hospital on Thursday (27Jan11) after complaining about abdominal pain, caused by a hiatal hernia.
Reports suggested Sheen had been partying prior to his health emergency.
He was discharged later on Thursday to continue his recovery at home, but on Friday (28Jan11), his publicist Stan Rosenfield confirmed the star is seeking professional treatment for unspecified issues.
Rosenfield says, "He is most grateful to all who have expressed their concern.
"Sheen asks that his privacy be respected at this time and that no additional informational will be provided."
The actor had been expected to return to work on hit sitcom Two and a Half Men on Tuesday (01Feb11) when the programme resumes filming, but TV bosses have now placed the show on an indefinite hiatus.
A statement says, "Due to Charlie Sheen’s decision to enter a rehabilitation center, CBS, Warner Bros. Television and executive producer Chuck Lorre are placing Two and a Half Men on production hiatus.
"We are profoundly concerned for his health and well-being, and support his decision."
It is Sheen's third stint in rehab - he previously sought help for drug problems in 1998, while he checked into a medical facility last year (10) as a "preventive" measure following his Christmas Day altercation with wife Brooke Mueller in 2009.