Warner Bros. Revamping Two And A Half Men 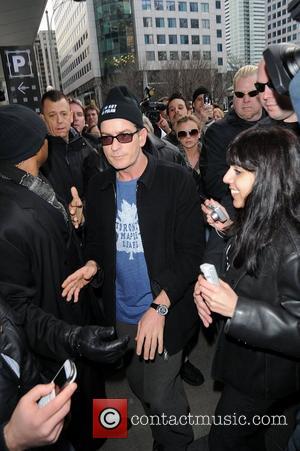 Picture: Charlie Sheen leaves his hotel and walks to Massey Hall as part of his BiPolar Awareness Walk during the Toronto's stop of his...

Warner Bros. Television is working on a "reconstruction" of Two and a Half Men that would allow it to continue without Charlie Sheen next fall, The New York Times reported today (Friday), citing an unnamed senior Warner Bros. executive. The executive insisted that despite recent signals by Sheen that he has been in talks about returning to the show, "We are not bringing the show back with Charlie." Who will replace him has not been decided, however. "We have no offers out to anyone," the executive said, dismissing recent reports that alternately suggested that Jeremy Piven, Woody Harrelson, or Bob Saget would take over. The Times observed that Men 's producer, Chuck Lorre will "have to work fast" if the network is to be able to vet The Changes and include the show in the announcement of its fall schedule on May 18. "We have about three weeks," the Warner Bros. exec said. However, he added, "There is a scenario where the show doesn't come back."