The six members of McBusted appeared together at last night's London Hunger Games: Catching Fire premiere but first announced their formation at a press conference hosted by Matt's wife, Emma Willis, yesterday morning. A Twitter account and website have been set up with nearly 145,000 followers at this time of writing. Furthermore, the band are planning a UK arena tour in April 2014 with tickets to go on sale this Friday at 9am. Though some are criticising McBusted as purely a cash cow, the announcement has excited many of the original Busted and McFly fans who will surely flock to the concert tour next year to relive the bands' early noughties heyday when they were commonly thought of as rivals to the guitar pop throne.

The band have promised to play hits from both of their careers which may mean that we will get to hear such classics as Mcfly's 'Five Colours In Her Hair' and 'All About You' alongside Busted's 'Year 3000' and 'Air Hostess.' A tweet sent from the official @McBusted Twitter page simply read "The rumours are true.#McBusted," whipping fans old and new into a frenzy of speculation, disbelief, and excitement. Charlie Simpson Is Not Onboard With McBusted.

The bands are closer than many may have previously thought. They collaborated on 2004 B-side 'Build Me Up Buttercup' and it has been revealed that McFly's Tom originally auditioned to join Busted when an ad was placed in NME over ten years ago.

McFly, who are still a successful recording unit, have assured fans that the McBusted project will be a fun break between their own official albums and have confirmed that they will perform solo again.

Tickets go on sale at 9am on Friday 15th November. 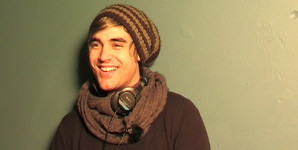