Charlize Theron's two dogs, Berkley and Blue, are helping her raise baby son Jackson as they are absolutely smitten with the adorable tot. 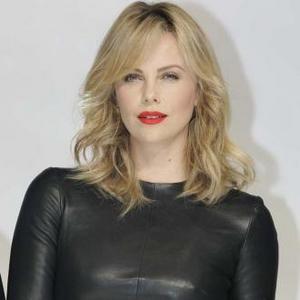 The 'Snow White and the Huntsman' actress - who adopted the adorable tot as a single parent in March when he was just Nine Days old - admits terrier mutt Berkley and and pit bull Blue are absolutely smitten with Jackson and like to be involved with his upbringing.

She said: ''It was the most Beautiful Thing I've ever witnessed. From the moment this baby came into our home, those two dogs have never been more in love.

Charlize, 36, says each dog takes on a different role when it comes to helping out with little Jackson.

She told 'The Ellen Degeneres Show': ''Berkley, a terrier mutt, is actually the pacifier thief. He'll just lay there with the [baby's] pacifier in his mouth.

''The pit woke up with me for every feed, for every change, and whenever the baby would cry the pit would start crying. He'll do anything for that baby.''

Charlize says suddenly having Jackson in her life wasn't strange at all as she had waited so long to become a mother.

She said: ''The adoption process took around two years. My mom said the most beautiful thing. It took me nine months to fall in love with you [while you] were growing in my stomach. She's like, it took you two years to fall in love with this little baby. It really took two years of just waiting and then one day it's finally there. It just feels exactly how it's supposed to feel. I don't know how to describe it. It just feels right.''