Charlize Theron: I'm happier and wiser than ever

Hollywood actress Charlize Theron has revealed she is ''happier, wiser and definitely more at peace'' than ever before. 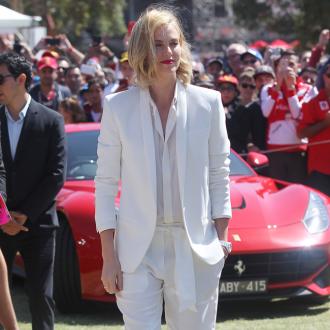 Charlize Theron is ''happier, wiser and definitely more at peace'' than ever before.

The 39-year-old actress, who's currently dating Hollywood star Sean Penn, has revealed she's the happiest she's ever been.

Charlize said: ''I am incredibly happy, and lucky. I'm not good at talking about my personal life, but yes, I have to admit: I'm really happy ... Why? Let's start by saying that, in general, you are attracted by people who thinks like you, and have the same interests. If we add that this 'man' that you would like to know everything about is also an old friend of mine, and that our conversation has gone on for 18 years ... Now that I have passed the age of 20, I don't have to prove anything to anyone just because I show myself in a certain way.

''Now I am happier, wiser and definitely more at peace with myself. But I wouldn't like to remain always the same. I like to change and evolve.''

What's more, Charlize - who already has an adopted three-year-old son, Jackson - revealed she'd like to have another child.

In an interview with Italian magazine IO Donna, she was asked if she would like to have another child and said: ''Yes. I always wanted to have children.''