Charlize Theron: Why Has She Shaved Her Head? 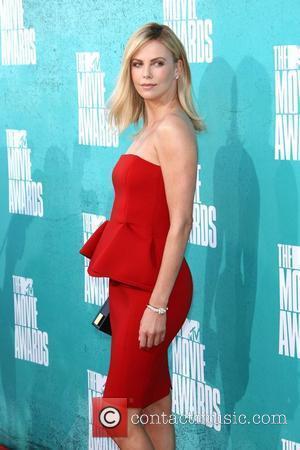 Charlize Theron has shaved her head, kissing goodbye to her stunning blonde locks. Fans of the Snow White and the Huntsman actress need not worry though; her representative has assured the press that she's not going through a Britney Spears-style breakdown, by explaining that she's shorn her tresses for a new film role. Charlize will soon be appearing in the fourth movie in the Mad Max franchise, entitled Mad Max: Fury Road.
Mel Gibson, the man that made the role of Mad Max an iconic figure in cinematic history will be stepping aside this time around, to make way for Tom Hardy. Speaking about the movie, Charlize was so excited, she forgot to mind her manners. "I feel like the original 'Mad Max' created such a vivid world, that to go back and re-imagine it and kind of replay in that sandbox sounds like fun to me. George really created a female character that I've never read anything like this. I mean, I'm scared (****)! I'm very excited about it; I'm (*******) dying! It's been three years; it's time to skin this cat already!"
The Daily Mail have published pictures of Charlize out shopping with her newly adopted son, Jackson. Her new look was well under wraps, though, as she topped off her outfit with a grey pork pie hat. It was plain for all to see, however, that there was not enough room under that hat to be hiding her usual long hair and the sides were visibly shorn. Fans will just have to wait a little longer for a glimpse of the new look.