Charlotte Church wants to be friends with Adele as their former singing teacher always thought they'd get on well. 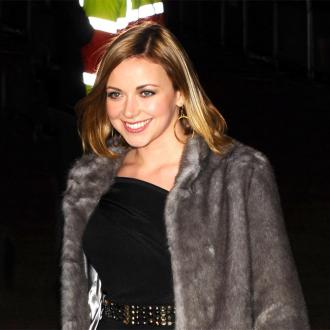 Charlotte Church wants to be friends with Adele.

The 'Crazy Chick' singer is a fan of the 'Skyfall' songstress and is convinced they would get along well, as it is an opinion shared by the vocal coach who used to work with both of them.

She said: ''I wouldn't mind [becoming friends with Adele]. She's pretty cool and we use to share the same singing teacher back when.

''He use to go on about how awesome and funny she was and that we'd really get along, so I imagine we would.''

Charlotte, 27, also revealed she use to admire Mel B when she was known as Scary Spice in the Spice Girls as she thinks the pop star has a ''ballsy'' personality, though she thinks the group - which also comprised Emma Bunton, Victoria Beckham, Geri Halliwell and Melanie Chisholm - was ''pretty bad''.

She added in an interview with Attitude magazine: ''My favourite one when I was a little girl was Scary Spice. I liked her hair and she was ballsy, and she was the only one whose voice I liked. Ish.

''They were all pretty bad but I thought she had the best voice out of the bunch.''