Leona Lewis, Katherine Jenkins, and Leona Lewis have topped the Sunday Times Rich List: Young Music Millionaires aged 30 and under, with Cheryl Cole seeing the biggest increase in her fortune. 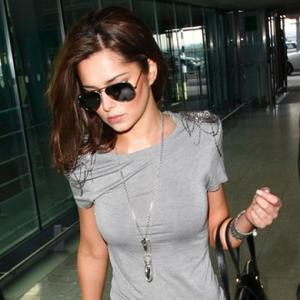 Cheryl Cole's wealth has grown by 150 per cent in the last year.

The 'Fight for This Love' singer - who is the face of L'Oreal Elvive hair-care range and Coca Cola Zero - came fourth in the Young Music Millionaires aged 30 and under list with earnings of £10 million.

She was beaten to the top spot by Charlotte Church, Katherine Jenkins and Leona Lewis, who are all worth £11 million.

Dr Philip Beresford, who compiled the list, claims the statistics prove British women are working harder than ever and no longer need a man to be a success.

He said: "The girls are showing you can make it big if you keep trying. It doesn't matter where you come from. Drive and determination can get you the Hollywood lifestyle."

The highest charting male on the list - which is part of the annual Sunday Times Rich List published on Sunday (25.04.10) - was Craig David, worth £8 million, putting him at number seven.

Dr Beresford added: "Britain's women superstars are showing they have the talent and drive to make it big in their bank balances. And they can do it without the support of overpaid husbands or hangers-on."

Among the surprise inclusions were Joss Stone, who is worth £4 million more than Lily Allen with £9 million earnings and Katie Melua, who came in one place behind 26-year-old Cheryl raking in £10 million in 2010.