Shepherd had hit out at McCann for promoting a rival show instead of 'The Mummy Diaries'.

It’s looking like there's a feud brewing between former ‘TOWIE’ co-stars and besties Ferne McCann and Billie Faiers, as McCann was forced to respond to Billie’s husband Greg Shepherd hitting out at her for promoting a rival reality show.

On Wednesday evening (April 4th), McCann shared a tweet with her fans urging them to watch former ‘Geordie Shore’ star Charlotte Crosby’s new reality show – which happened to broadcast at the exact same slot as McCann’s former ‘The Only Way Is Essex’ colleague Billie Faiers’ show ‘The Mummy Diaries’.

Billie’s husband Greg Shepherd took this as a bit of a disloyal slight, writing: “Wow!! #socalledbesties” as a comment. 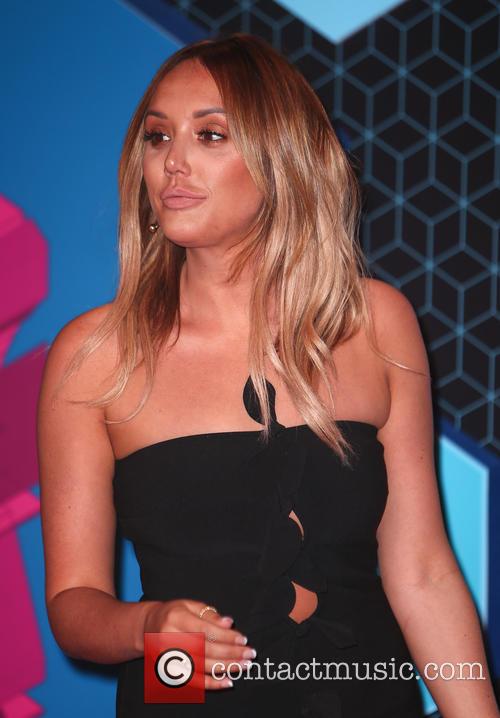 The show is reportedly looking to bring back some of its most famous housemates for its 20th series next summer.

‘Celebrity Big Brother’ bosses are reportedly planning to bring back some of the show’s most loved and infamous housemates for an ‘All-Star’ spin-off series to air next summer. The special spin-off would be to celebrate the 20th series of the hit reality show, which first aired in 2001. Could Katie Hopkins feature in an All-Star ‘Celebrity Big Brother’?

According to The Sun bosses want to bring back famous housemates who have previously caused shockwaves on the show. Names could include Perez Hilton, Katie Hopkins, Charlotte Crosby, Denise Welch, Cami Li and Heidi Montag and Spencer Pratt.

Gregg attacked Crosby's decision to go public about her ectopic pregnancy, saying it was for "publicity" and a way to get back at her ex, Gaz Beadle.

Lillie Lexie Gregg has hit out at ex-‘Geordie Shore’ star and rival Charlotte Crosby once again, attacking her decision to go public with her heartbreaking experience of an ectopic pregnancy.

Birmingham-born Lillie Lexie, who used to date Crosby’s ex-boyfriend Gaz Beadle until November last year, said that Crosby only revealed her story in order to gain publicity as well as to hit back against Beadle.

“I think it's disgraceful that she'd talk about her ectopic pregnancy for publicity. It's private,” she told the Daily Star on Friday (August 12th). “She used it as a way to get back at Gary”.

Some fans have even called for the ‘Geordie Shore’ star to be axed from the show following Sunday night’s antics.

‘Geordie Shores'’ Marnie Simpson has been branded a “bully” by viewers of ‘Celebrity Big Brother’, after she exposed her breasts to fellow housemate Saira Khan. In scenes broadcast during Sunday night’s episode, Simpson was shown flashing Khan, hours after they’d had a heated argument. Marnie Simpson is in hot water with CBB viewers after flashing Saira Khan.

While playing a game of Truth Or Dare with the other housemates, Simpson approached Khan and said: “I just want to ask you a very serious question. Do you think that we had the big confrontation because I’ve got better boobs than you?”

By Stephanie Chase in Lifestyle / Showbiz on 31 July 2016

The reality star made a name for himself with his wild antics, but now TV bosses think he’s going too far.

It may seem like a strange contradiction, but ‘Geordie Shore’ star Scotty T has reportedly been told to curb his wild partying or risk being kicked off the show. Scotty, who won this year’s ‘Celebrity Big Brother’ is said to have been partying more in recent months and ‘Geordie Shore’ bosses aren't happy. Scotty T has been told to curb his partying by ‘Geordie Shore’ bosses.

A source told Sun Online: “It may sound a bit ridiculous that the bosses of Geordie Shore are telling one of their biggest stars to stop partying and become more sensible, but that is what has happened."

Charlotte and Gaz split up earlier in 2016 after five years of on/off dating - but their chances of reuniting once more now seem remote.

Any hopes ‘Geordie Shore’ fans might be harbouring of a reunion between its two big stars, Charlotte Crosby and Gary Beadle, now appear to be gone for good after Charlotte claimed she would rather go out with “a murderer” than date her ex again.

Crosby, 26, has had an on again/off again relationship with Gary ‘Gaz’ Beadle for the last five years as they both starred in MTV’s ‘Geordie Shore’. However, they split up earlier this year in tragic circumstances, as Charlotte suffered an ectopic pregnancy and Gary decided on continuing filming his other reality show, ‘Ex On the Beach’, rather than rush back to Britain to be with her.

By Stephanie Chase in Lifestyle / Showbiz on 16 July 2016

The reality star injured his hand in a car crash on Friday (July 15).

‘Geordie Shores’’ Scotty T has assured fans he’s still feeling "sweet" after being involved in a car accident on Friday. The 28-year-old was forced to pull out of a performance in Friday’s ‘The Dreamboys’ show after the accident, in which he fractured his hand.

Scotty T is recovering from fracturing his hand in a car accident.

A statement on the reality star's twitter read: “Due to Scotty being involved in a car accident this afternoon he will not be performing at The Dreamboys show in Glasgow tonight. Scotty is currently in hospital and is injured but not seriously injured.” 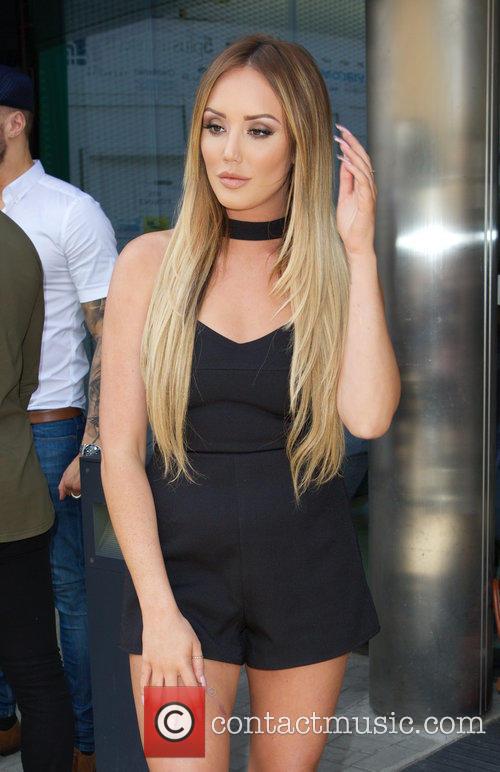 Crosby and Beale began dating in 2011, but their relationship is now thought to be over for good.

‘Geordie Shore’ favourite Charlotte Crosby’s future with the show is in doubt, with reports claiming she has quit over her on-again off-again boyfriend Gaz Beale. Crosby’s exit comes after it was claimed Beale slept with model Jemma Lucy while filming reality show ‘Ex on the Beach’. Is Charlotte Crosby’s time on ‘Geordie Shore’ over?

On Saturday a source told The Sun: "Gaz bedding Lucy came as a total shock to Charlotte's system - she's devastated. What's making it worse is that she knows their romp will be shown on TV later this year and she won't be able to avoid it.” 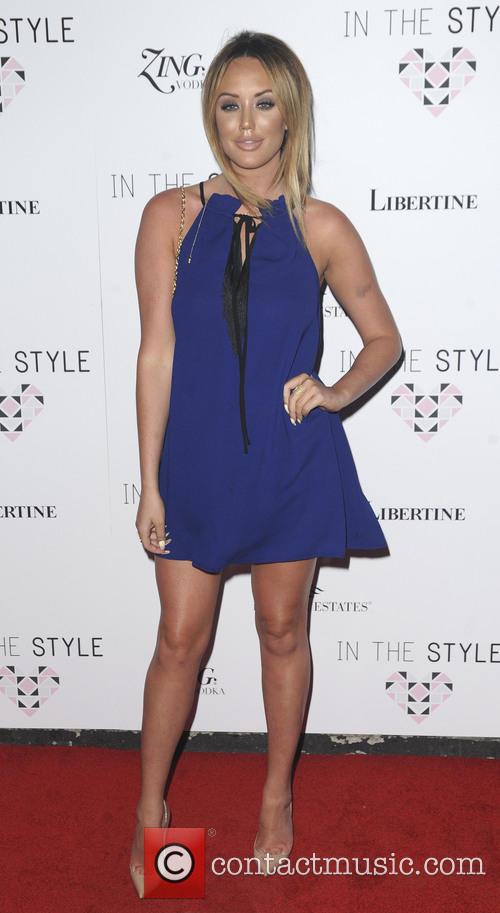 Crosby's insistence that her on/off relationship with Beadle was not just for show seems to have been undermined by her tearful appearance on 'Celebrity Juice'.

‘Geordie Shore’ star Charlotte Crosby has taken to her official YouTube channel to clear up a few false rumours she’s been hearing about herself – in particular, her on/off relationship with co-star Garry ‘Gaz’ Beadle and that they might be staging it for publicity reasons.

“The third bull**** myth is that me and Gary are doing things for publicity and it is all a made up relationship. That is a lie. I fancied that boy from the very first day I walked into that house five years ago and I've fancied him ever since,” she confessed. Charlotte Crosby and Garry Beadle in 2015

Reality TV star Charlotte Crosby has been banned from driving for a period of three years, after she admitted the charge of a second drink-driving offence.

Sunderland-born Crosby, 25, is a former cast member of the MTV reality series ‘Geordie Shore’ and also won the 2013 series of ‘Celebrity Big Brother’, and had been planning a TV career in the United States before this ban, which has effectively ended that prospect as she will not now be granted a visa. Charlotte Crosby, star of all 11 series of 'Geordie Shore', was banned from driving for a second time 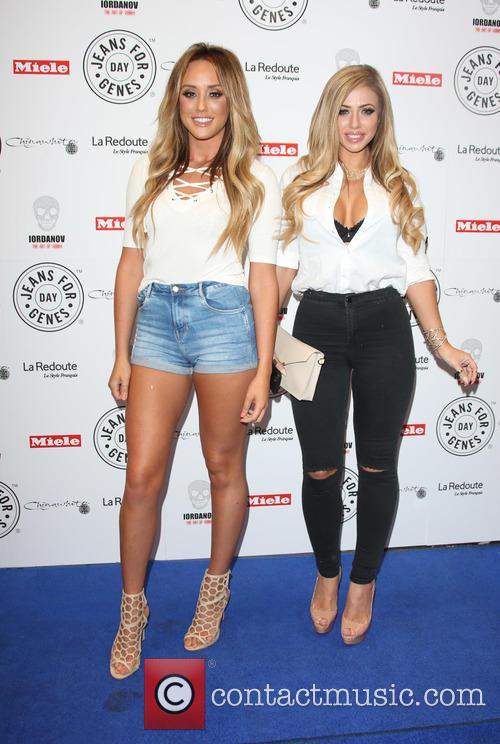 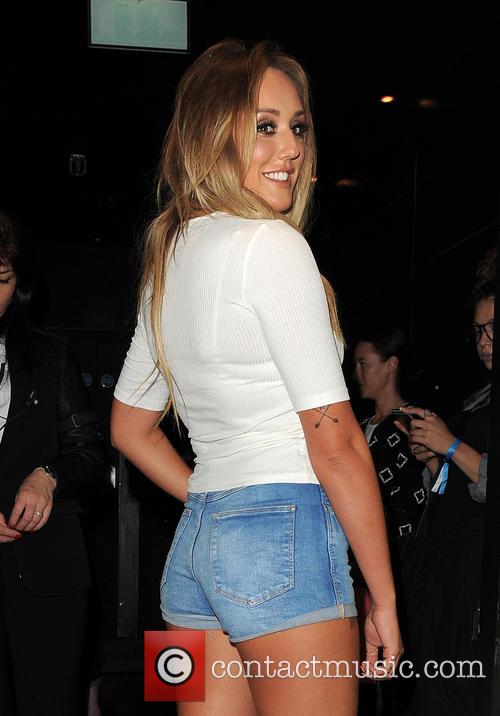 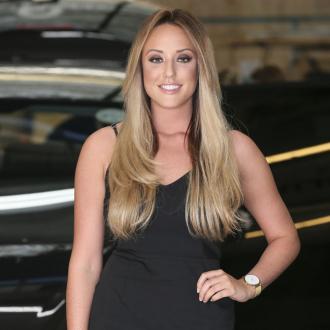