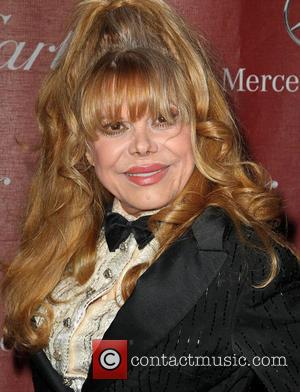 Latin variety star Charo has stepped up her campaign to end bullfighting in Spain, calling on authorities to reject calls for the pastime to be officially enshrined as part of the European country's culture.

The veteran performer, who was born in Murcia, Spain and attended several bullfights as a child, has long campaigned for the banning of the barbaric bloodsport.

Industry leaders in the country are calling on its government to protect and promote bullfighting as a national cultural pastime, but Charo has now written to officials on Spain's Culture Committee urging them to turn down the request.

In the note, sent on behalf of People for the Ethical Treatment of Animals (Peta), she writes, "As a proud Spaniard and member of Peta, I am ashamed that some in my country continue to cling to a sad chapter of our history that should have come to an end long ago.

"Cruelty is not culture. I urge you to reject the initiative to protect bullfighting."

In 2010, Charo led an anti-bullfighting rally in Los Angeles.

Charo To Produce And Star In Family Reality Tv Show