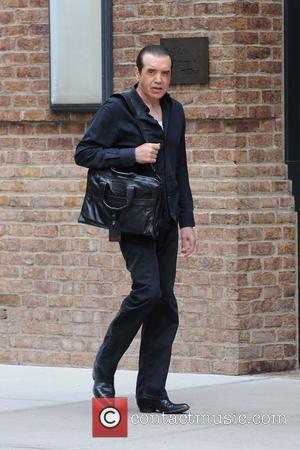 Picture: Chazz Palminteri out and about in Manhattan New York City, USA - 22.06.11

Actor Chazz Palminteri inspired boxing champ Mike Tyson to turn his life story into a Broadway show - the fighter came up with the idea of his new one-man spectacle while watching the A Bronx Tale star onstage.
Tyson took his wife to see Palminteri's one-man play in 2007 and had a flash of inspiration at the theatre.
The retired boxer tells the Usa Today newspaper, "It was breathtaking. You could hear people breathing in the theatre. And I turned to (wife) Kiki and said, 'Baby, I can do that.'"
Tyson's wife started writing the script for the show and the sportsman debuted a rough version of Undisputed Truth in Las Vegas in April (12).
Since then, filmmaker Spike Lee has jumped on the project as director and he and Tyson are now readying the stage show for Broadway.
Tyson adds, "In Vegas, you can (mess) around. Everybody's drunk; some don't even notice what you're saying... I have a speech coach now. It's funny; I'm 46 years old and none of my friends told me they needed an interpreter when I spoke to them."
And Lee tells the publication that Tyson warms up for performances like he's preparing for a big fight: "It's a very intensive one-hour warm-up. Mike gets his body warmed up, his throat, works on enunciation."
Tyson states, "I hate it. But (late manager/mentor) Cus (D'Amato) always told me that discipline is doing something you hate to do, but doing it like you love it." Yes, "Analyze This" has many generous burstsof hilarity, especially with Robert De Niro goofing on...