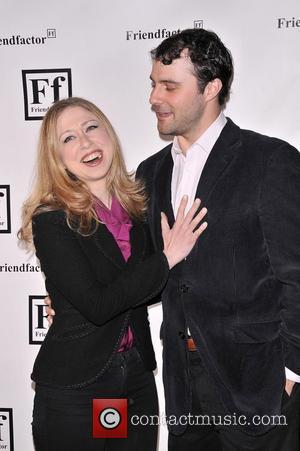 Chelsea Clinton, the daughter of former President Bill Clinton and the current Secretary of State Hillary Clinton, has been hired as a special correspondent for NBC. The 31-year-old will work full-time delivering feature stories for the network's news channel, according to the New York Times.
Her work will be used as part of the 'Making a Difference' series, which runs on Nbc Nightly News, and will specifically spotlight people who volunteer to improve the lives of others in their communities. While her parents rose to become international figures, with her father becoming arguably the world's most powerful man, Chelsea kept a low profile and tended to avoid media attention. As she grew older, Clinton quietly entered the business world and recently worked for New York University - she is still studying for a doctorate at Oxford. In 2008, she set off on a nationwide campaigning tour in support of her mother's ultimately unsuccessful bid for the Democratic presidential nomination. Chelsea becomes the second daughter of a president to be hired by Nbc News - Jenna Bush Hager, the daughter of former President George W. Bush, currently works as a correspondent on 'Today Show'.
Clinton married investment banker Marc Mezvinsky in Rhinebeck, New York, on July 31st 2010. The couple live in New York City's Gramercy Park neighbourhood.