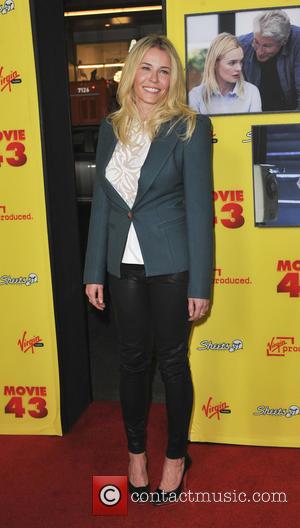 Chelsea Handler and Piers Morgan had a fight? That's what's being reported, but really it's just standard banter. Both Morgan and Handler have their own chat shows, Morgan was visiting Handler's show Chelsea Lately.

As US Magazine reported, both were in a playful mood, and as soon as Piers walked out on set, before he'd even sat down Chelsea asked him what he was looking at. "You've either had plastic surgery or a makeover, because you look really hot today," Morgan retorted. And the banter continued from there.

"Oh, you're so annoying. You're so obnoxious - you wonder why everybody hates you!" Chelsea exclaimed. "I specifically covered up so you couldn't look at me and undress me with your molester eyes." Their 'argument' didn't stop there. "Normally when I come on the show you're really hung over in a very unprofessional way," Morgan said, joking about Handler's penchant for alcohol.

The whole thing ended by Morgan implying that Handler wasn't great at her job, and Handler finishing by saying: "You can suck my a**. I mean, really."

Anyone that thought this was a serious fight is wrong. While it may have been uncomfortable viewing for some of the audience, those people perhaps just don't have the same humour as Handler who is consistently sarcastic with and mocking of many of her guests - just no one expected Piers Morgan to be someone to take the heat.